The SDSS imaging data have all been processed with the latest photometric pipeline (photo), version v5_6. The major new feature of this version is improved sky subtraction around bright objects, which improves the flux estimates of the bright objects, as well as the detection of faint objects near those bright objects. The sky subtraction algorithm used in versions v5_4 and earlier tended to oversubtract the outer parts of large galaxies, affecting the photometry both of those galaxies, and of smaller and fainter objects in their vicinity.

Here we describe the various sky estimates calculated and used in latest version of photo. These include an initial estimate of the sky in each field (the “PSP” sky), the photo sky estimates that were applied to the flux measurements of the catalog, and finally “global sky”, a new estimate of the sky calculated in postprocessing that is included in the corrected frames.

The “postage stamp pipeline”, or PSP, is preprocessing of the imaging run before photo to calculate relevant quantities, like the overall sky level and the point spread function. Its results (converted to calibrated quantities) are stored in the photoField files for each field.

The PSP “sky” value in each band yields the median sky in each frame, given in nanomaggies. In addition, the rate of change of the sky, and the sigma of the distribution of pixels around the median, are given.

In the PHOTO pipeline, sky is estimated on a rectangular grid of 128 pixels (roughly 50 arcsec) by taking the median of a set of 256 by 256 pixels centered on each grid point. The version of photo used in DR7 and before simply interpolated bilinearly between these grid points as an estimate of sky; this tended to erroneously include light from extended regions around bright galaxies.

The new algorithm first identifies and models those extended galaxies before finalizing sky subtraction. Using the preliminary sky value for an entire field from PSP, it identifies BRIGHT (> 51 sigma) sources. These sources are run through the deblender, to separate overlapping BRIGHT objects. Models are determined for each object, and these are then subtracted away: two-dimensional exponential and de Vaucouleurs profile of arbitrary axis ratio, convolved with the local PSF. As described in the DR2 paper, one can fit the observed profile of galaxies with a linear combination of the best-fit exponential and de Vaucouleurs models to any given galaxy in a given band. This composite model is then subtracted from the image, removing the extended wings of the galaxy. Unsaturated BRIGHT stars are not subtracted at this stage. But for saturated stars (brighter than about r = 14), the outer wings are fit to a power-law, and this wing is then subtracted.

At this stage, the local sky is estimated as before, i.e., linearly interpolated on a 128-pixel grid. The galaxies (but not the stars) are then added back to the sky-subtracted frame, and faint object detection proceeds as normal.

Note that the galaxy models that are subtracted away at the first stage don’t have to be very good as they get replaced bit-for-bit; they just have to stop the sky detection code from being affected by the outer parts of the galaxy.

With this change in the sky subtraction routine, the outer parts of galaxies are quite a bit more extended than they were in the previous version of the software, meaning that they are likely to overlap with more objects in their outer parts. With this in mind, we increase the number of children any blended parent can be decomposed into from 25 to 100.

The binned estimated sky values are stored in the fpBIN files for each field.

As a post-processing step, that does not affect the fluxes or structural measurements in the final catalog, we also calculate a “global” sky using the full set of fields for each run. This global sky is subtracted from the new corrected frames, and also stored inside those files.

For each band, the global sky algorithm first builds a set of masks, based on detected objects as well as RC3 galaxies and Tycho stars known to be inside or close to the edge of each field. Any field marked as bad we mask entirely.

Second, the global sky algorithm fits a smooth spline to the binned photo sky estimates, ignoring data in the mask. The spline is high-resolution along each row (with a breakpoint every 8 pixels) but low resolution along each column (with a breakpoint every field, or 1361 pixels). The high-resolution on the row direction means that very tiny misestimates of the flat-field are properly taken into account. The fit function is almost separable in the row and column directions, but the spline along each row is allowed to vary very slowly (on a scale of 40 or so fields). We took care to handle chips with two amplifiers, allowing each side to vary independently, since the relative gains appear to vary at the subpercent level during a run.

The result is a very smooth fit to the sky background, that quite effectively serves as a good sky subtraction for large objects. For example, in simulations the typical light subtracted by this algorithms for a galaxy with a half-light radius of up to 100 arcsec is less than about 10 percent (of course, sky-subtraction is only part of the challenge of correctly measuring fluxes at that level for large objects). For a set of real nearby galaxies brighter than r = 15, we have also compared results with the Montage service for SDSS image mosaicking and sky-subtraction. We find differences of less than 5% with their quite different algorithm. In the mean our technique also effective for point sources or small galaxies, though those near bright objects obviously require the smaller scale sky subtraction as well as the deblending of photo.

Problems remain in some areas, either due to lack of photometricity or due to quickly varying sky line emission. This latter problem is most serious in the i- and z-bands, though to a lesser extent it also affects the r-band. Typically even short time scale variations (a few minutes) are followed well, but residuals can occur when too much of the image is masked. 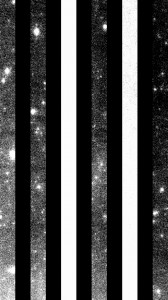 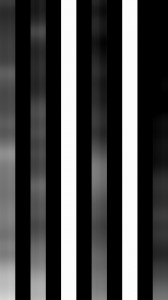 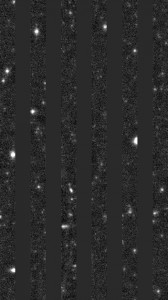 Residuals
Back to Top

This is Data Release 13

SDSS has been supported by

Funding for SDSS has been provided by the Alfred P. Sloan Foundation, the Participating Institutions, the National Science Foundation, and the U.S. Department of Energy Office of Science.